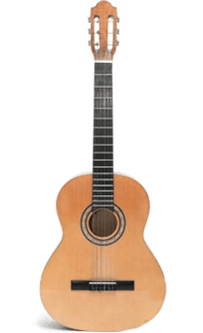 Winfred B. “Win” Weston, a longtime Irrigon, Oregon resident, was born on December 26, 1922 in Salem, Missouri to parents, Bruce and Tamara (Halbrook) Weston. He died on June 17, 2022 in Troutdale, Oregon at the age of 99 years. Win was 10 or 12 years old when he started playing for square dances and roaring 20's music as a guitar accompanist. He graduated from Salem High School in the class of 1941. Win worked in St. Louis, Missouri at various jobs before joining the United States Navy in 1944. During WWI he served on the destroyer, USS Putnam, flag ship of the 66th squadron. He participated in the battles of Iwo Jima and Okinawa. Win was honorably discharged in 1946 and returned to St. Louis working in a poultry and fish market for a short time. He then started a long career with the Mobil Oil Corporation. Win worked on a tow boat and barges on the Mississippi River and it’s tributaries as a Tankerman 2nd mate. He was transferred to Portland, Oregon in 1953, working at the Mobil Wholesale Distributor Plant. Win was united in marriage to Dorothy “Jane” Gulley on July 11, 1957 in Stevenson, Washington. He retired in 1983 from Exxon Mobil after 36 years with the company. They moved to Irrigon, Oregon in 1984 and he joined the Old Time Fiddlers Assoc. as an accompanist and featured musician. Win served as director of the Irrigon shows for 12 years. He also played with The Buttercreek Boys for several years. Win enjoyed camping, training bird dogs, gardening, raising fruit trees and loved music. He and Jane were the Irrigon Watermelon Festival Grand Marshals in 2002 and then again in 2016.

He is survived by his daughters: Barbara Shafer and Ruth Shefchek; son: David Weston; 5 grandchildren and 3 great grandchildren.

Win was preceded in death by his wife of 61 years: Jane Weston, his parents, a brother: Arvy; sisters: Maxine and Lorine and a granddaughter: Monica.

In lieu of flowers contributions in Win’s memory may be made to Stokes landing Senior Center, Irrigon, Oregon.

Please share memories of Win with his family at burnsmortuaryhermiston.com
Burns Mortuary of Hermiston, Oregon is in care of arrangements.

To send flowers to the family or plant a tree in memory of Winfred "Win" B Weston, please visit our floral store.

A Memorial Tree was planted for Winfred "Win"