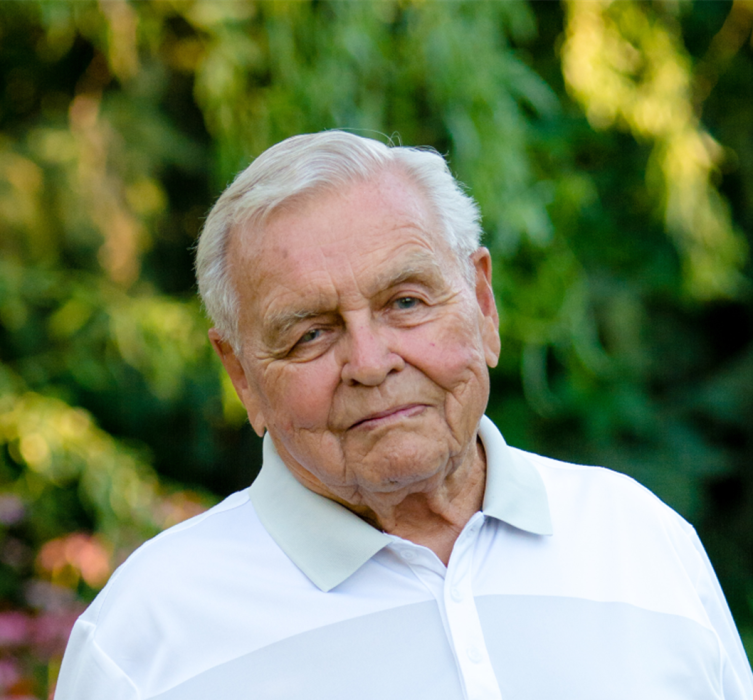 William (Bill) Roland Sorenson (90 years old) our beloved father, grandfather, brother, uncle passed away peacefully with family by his side on April 10, 2021. Bill was born on January 27, 1931 in Midvale, Utah to Ben and Alice Sorenson and was oldest of three boys. When Bill was 10 years old the family moved to Kellogg, Idaho where he graduated from Kellogg High School. Bill went on to graduate from the University of Idaho where he earned a business degree and was a member of the SAE Fraternity.

Bill married Arlene Jaeger on July 24, 1954 in Kellogg, Idaho.  For 62 years, he and Arlene shared a love of family, friends, golf, cards and travel, spending countless hours laughing, dancing and enjoying life. Bill enjoyed countless hours on the golf course with friends and family. He had a special relationship with Arlene’s sisters’ husbands, whom were some of his best friends.

Bill was the general manager of the Pik Kwik Grocery store in Kellogg for 30 years, until in 1983 he and Arlene moved to Hermiston, Oregon after purchasing the Hallmark store.

Bill was highly regarded by many. Even up to his passing he was greeted with gratitude and respect by those who worked for him or were customers either at Pik Kwik or Hallmark. It meant the world to him to hear stories about how he had positively impacted their lives.

Bill was a Rotary Member and while living in Kellogg was bestowed the Paul Harris Fellow Rotarian Award. Bill was an avid golfer with numerous holes in one. He also loved to play cards. The family still plays “skit scat”, a game passed down from Bill’s mother’s side of the family. Bill spent countless hours playing pinochle and up to the last month of his life continued to gather with his group.

Bill was preceded in death by his parents, his wife Arlene, and brother Jim. Bill is survived by his children Marc (Becky), Bonnie (Dave), Steve (Maureen) and brother Rick (Joni).  Bill will be greatly missed by his 7 grandchildren (Stacie, Jennifer, Stephen, Haley, Bill, Patrick and Kate), 8 great children and 1 great, great granddaughter. He and Arlene dearly loved and had special relationships with their grandchildren who they often boasted were the most beautiful and handsome children but above that they cherished the grandkids for the joy, love and laughter they brought to their lives.

While Bill’s passing leaves a depth of grief, his family is comforted by the memories of love and joy they were so blessed to share with him and they know Bill is home forever with Arlene, dancing cheek to cheek.

The family wishes to thank the staff at Sun Terrace Assisted Living and the Vange John Memorial Hospice Team who provided Bill with compassionate comfort and care.

Due to Bill’s wishes, there will be a private gathering in celebration of his life with only immediate family.

In lieu of flowers, the family requests for those who wish to make a donation in Bill’s memory to please make a contribution to Shriners Hospital for Children in Spokane, WA.

Please share memories of Bill with his family at burnsmortuaryhermiston.com

Plant a tree in memory of William "Bill" Sorenson

So sorry for your loss.  Bill was a special friend.  I always remember the beautiful Hallmark store. Sorry this late but didn't know until today. We will remember you in our thoughts and prayers.

Condolences to the Sorenson family.  Bill provided some great life lessons for me.  He was my first boss at Pik Kwick grocery store and was an easy man to work for.  He was always fair and in my experience approached work situations with high expectations for his employees.  I think I was always a hard worker, but one time when I was responsible for cleaning the butcher shop in the evening, I clearly had my mind on those other priorities common to teenagers and rushed through the job.  When I got to work the next day, Bill caught me coming in the door and asked to have a quick chat.  We went to the basement of the store - not right there, not his office, not the cafe -- the basement.  Uh oh...  When we got downstairs he turned to me and told me that the morning inspection had failed and the butchers had to re-clean.  Then he said words that have stuck with me ever since - "Eric, I'm disappointed in you."  I'm sure there have been other instances in my life where I have disappointed someone, but I can honestly say that those situations were *despite* my best efforts.  I was deeply chagrined that I had disappointed this man, and with a complete absence of any anger or a single harsh word, he left a lasting impression on me, shaping my work ethic and expectations for myself.  To the best of my knowledge, I never disappointed him again.  When I was in college, I had the opportunity to golf with Bill and found him to be the same 'straight shooter' on the course that he was in the store.  This was a good man and I wish I had told him how much I appreciated him.

The Sorenson Family,
I had the pleasure to work for Bill at Pik Kwik as a Box Boy, he was one of the finest bosses that I ever worked for.  He treated me fairly and encouraged me to do my best work.  I have many fond memories of working there during my Senior Year of High School.  After I graduated and married I shopped at Pik Kwik with my young family because I know the quality of the people that worked there.
I was truly saddened at the news of your loss.
Know that you will be in our Thoughts and Prayers.
May the Lord comfort you in the coming days.
Bill & Shirley Larson

He was the start of a GREAT FAMILY !!!! You are the closest family I know and someday I’d like to be adopted.
Kathy and Bodee Baney

A Memorial Tree was ordered in memory of William "Bill" Sorenson by Kathy and Bodee Baney.  Plant a Tree

Plant a tree in memory of William "Bill" Sorenson