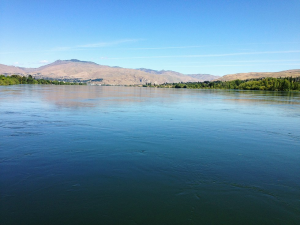 William Norwood Reynolds (aka Bill) was born in Roswell New Mexico to his parents James T. Reynolds and Catherine M. Corley Reynolds on May 6th 1937 (the day the Hindenburg crashed and burned Bill was born on an auspicious day).    He died on January 13, 2022 in Hermiston, Oregon at the age of 84 years. Bill received master’s degrees at the Universities of New Mexico, Colorado, and Hawaii in agricultural engineering and business management. He always said he was educated beyond his intelligence. Bill was known as a very intelligent and humble man. He always did his best to do things right and honest. He did engineering projects in the U.S., South America, Africa, the mid-east, Jamaica, and Canada he was well known and respected international as well as by the local farming community.

Bill’s memorial service will be held on May 7, 2022 at 11:00 A.M. at the First United Methodist Church in Hermiston Oregon.

In leu of flowers he has asked that donations be made to the First United Methodist church or Guide Dogs For The Blind.

Please share memories of Bill with his family at burnsmortuaryhermiston.com

To send flowers to the family or plant a tree in memory of William "Bill", please visit our floral store.