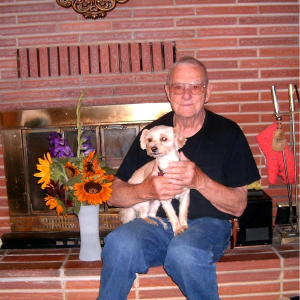 Willard D. Woods of Pendleton, Oregon, was born on October 7, 1936 in La Grande, Oregon to parents, Charles and Leta Comstock Woods. He died on April 22, 2022 in Pendleton, Oregon at the age of 85 years. Willard was raised and attended schools in Baker and later Pendleton, Oregon where graduated High School. He married Kaye Beebe in 1978 in Pendleton, Oregon. Willard worked as a postal carrier for USPS for over 30 years, retiring in 2000. He enjoyed his dogs, fishing, hunting, camping, mushroom hunting and gardening. Willard was a member of the Pendleton Eagles Lodge and the Main Street Cowboys.

Willard was preceded in death by his wife: Kaye Woods; sons: Ron Woods, Larry Watkins, Gail Watkins and his parents.

Contributions in Willard’s memory may be made to PAWS.

Please share memories of Willard with his family at burnsmortuaryhermiston.com

To send flowers to the family or plant a tree in memory of Willard, please visit our floral store.