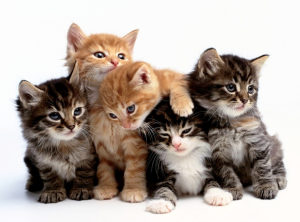 Tricia “TJ” Jeannine Hunt Robinson passed away peacefully in her home
surrounded by family, on August 29, 2020, at the age of 68.
TJ-who was also known as Tricia, Jeannine, or even Ninker to family, was
born on January 9, 1952 in The Dalles, Oregon to parents A. Dean and Lois
(Key) Hunt of Lexington, Oregon. TJ grew up in Lexington, where her
parents owned and operated a wheat ranch. She attended school as a
Lexington Jackrabbit through 4 th grade, before finishing her schooling in
Heppner where she graduated from Heppner High School in 1970. Upon
graduation, Jeannine moved to Pendleton, OR where she attended Blue
Mountain Community College earning her Associates Degree. She worked
for various organizations in Pendleton including: Pendleton Grain Growers, where she was the
first female grain marketer, The American Red Cross, where she acted as director, The
Pendleton Convention Center, where she was the secretary, and lastly The Forest Service.
TJ met Curtis Robinson at a friend’s house where they bonded over owning Ford cars. They
were married on May 10 th 1986 in Reno, NV. TJ and Curtis made their home in Pendleton and
she kept busy with their side business of Paws & Claws pet and house sitting, as TJ was an
avid animal lover. There was not a dog or cat she did not like, and rescued many animals over
the years. Antiquing became one of TJ’s favorite past times and she started her own eBay shop,
Old Shanty Antiques. She found delight in yard-saling, junk picking, and estate sales, where she
was always on the hunt for a good deal or hidden treasures. TJ attended the Free Methodist
church of Pendleton, and enjoyed a weekly Bible study. TJ also enjoyed knitting, cross stitch,
reading, collecting glassware, spending time with her family and animals, and was an avid fan of
the Andy Griffith Show.
Jeannine is survived by her husband Curtis of 34 years, brother Gary (Rebecca) Hunt of
Hermiston, OR, nephew Jeff Hunt (Leah) of High Point, NC, niece Miranda Hunt of Hermiston,
OR, sister-in-law Marilyn Helling of Weston, OR, nephews Christopher Helling of Pendleton,
OR, Stephen Helling of Seattle, WA, brother-in-laws Stacy Robinson of Pendleton, OR, and Billy
Robinson of Spokane, WA. She is preceded in death by her parents, Dean and Lois Hunt.

At TJ’s request no funeral will be held. A private family burial will be held at a later date at the
Lexington Cemetery. In lieu of flowers, please make a memorial contribution to Vange John
Memorial Hospice of Hermiston or Paws animal shelter in Pendleton. The family would like to
thank the following for the care of TJ: staff at Willowbrook in Pendleton, staff at Regency in
Hermiston, Reva and Richard for the special care she received from Vange John Memorial
Hospice, Linda and Sheena for the long hours of personal care, and for the visits from Chrissy.
Please share memories of TJ at www.burnsmortuary.com
Burns Mortuary of Hermiston Oregon is in charge of arrangements

To send flowers to the family or plant a tree in memory of Tricia "TJ" Jeannine (Hunt) Robinson, please visit our floral store.