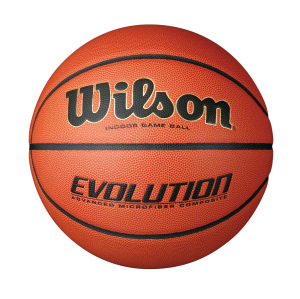 Ronald Dale Hiskey
It is with deep sorrow and much love that we mourn the passing of Ronald Dale Hiskey of Kennewick, Washington on November 11, 2021 at the age of 78. A celebration of life service will be held on Friday, November 19, 2021 at 1:00 P.M. at Burns Mortuary Chapel, Hermiston, Oregon. Burial will follow at the Hermiston Cemetery. His family will be there to welcome loved ones.
Ron was born on June 7th, 1943, in Tulare, California. He was youngest of five children born to Howard and Eunice Hiskey. He grew up in Hermiston, Oregon with siblings Patricia Hiskey, Howard Hiskey, and Sondra Hiskey (Plass). As a teen, his passion was playing basketball and he excelled at the sport both in high school and college. In 1965, Ron married Mary Magee of Pendleton Oregon and a few years later had two children, Heidi and Corey. In the late 1970’s, Ron opened a family run furniture store in Pendleton and remained in the furniture business until his retirement. He loved the outdoors and spent time camping, hunting, and fishing. Throughout his life, Ron desired to make everything memorable for his friends and family. He referred to himself as “Grandpa Dumbo” starting with his first grandchild (due to his fondness of Disneyland and the character Dumbo). The nickname stuck to the point where some of his grandkids didn’t even realize his name was Ron until they were in their teens. In the early 1990’s, Ron moved to Kennewick, Washington where he met Linda Ackerman. They married in 1997 and spent 25 wonderful years together surrounded by many children and grandchildren. Ron’s sense of humor brought smiles to many people throughout his lifetime. His smile and laughter will be missed.
Ron is survived and will be lovingly remembered by his wife Linda and her children Gerilyn, Candice and Greg; ex-wife Mary; daughter Heidi; son Corey and wife Nicole; grandchildren; Jessica, Justin, Torrey, Dalton, Cambria, Alexandra, William, Kyle, Alyssa, Sydney, Courtney, Katie, Chris and Max; great-grandchildren; Jaeda, Chloe, Adah Cole, Bruin and two on the way; sisters, Patricia, Sondra; brother Howard; as well as numerous extended family members and friends.

Ron was proceeded in death by his mother Eunice and stepfather Red Shockman; father Howard and stepmother Josephine Hiskey; and his infant sister Betty.

Please share memories of Ron with his family at burnsmortuaryhermiston.com

To send flowers to the family or plant a tree in memory of Ronald "Ron", please visit our floral store.