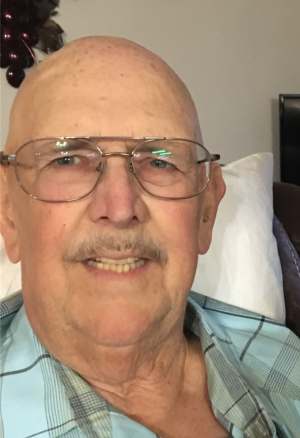 Richard Ross Barton Born Mother’s Day May 9, 1948 in Albany, Oregon, lost his battle with cancer, July 21, 2021. Rich graduated from Hermiston HS in 1966 and then went on to graduate from OIT in 1968 with Degree in Design Engineering and Metallurgy. His career path led him to work for Betell NW at Hanford, Precision Engineering in Albany, and Merritt Equipment in Oregon and Texas.
In 1977, Rich opened Barton Industries, Inc. which was a semi repair facility. He worked endless hours and always took immense pride in the work he did. He worked right alongside his employees and would never ask them to do anything he wouldn’t do himself. His broken trailer billboard was an icon for over 35 years on Interstate 84. Truckers from all over the eastern states would call and ask for his location.  All he had to do was ask drivers if they had ever passed the broken trailer along the freeway between Pendleton and Portland with the Barton Industries on it. They immediately knew just what he was referring to. It was as if it was a famous monument along the I- 84 corridor.  He retired in 2016.
Rich’s hobbies included traveling to Mexico every January, boating, fishing, wild game hunting with best friend George Gritz and any other buddies brave enough to tag along!

Rich rode motorcycle and enjoyed riding with his wife and friends. Their adventures took them through Idaho, Montana, Washington, and Canada. He really enjoyed sharing stories and pictures from their 6 trips to the Sturgis Motorcycle Rally in South Dakota. Rich never knew a stranger, just someone he hadn’t talked to yet!.

In lieu of flowers, please make a contribution to St. Jude’s Children’s Hospital or to Crazy Horse Memorial in Sturgis, SD c/o Burns Mortuary of Hermiston, P.O. Box 289, Hermiston, OR 97838.

Please share memories of Rich with his family at burnsmortuaryhermiston.com

To send flowers to the family or plant a tree in memory of Richard "Rich", please visit our floral store.