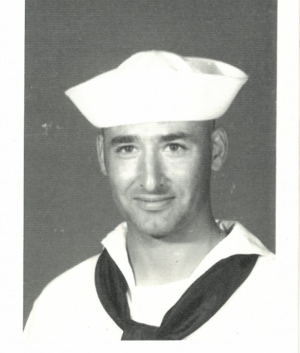 Richard E. DuPuis of Hermiston, Oregon, was born on December 19, 1940 in Pendleton, Oregon to parents, Joseph and Mary Wimmer DuPuis. He died on May 31, 2022 in Portland, Oregon at the age of 81 years. Richard was raised in Nolin and later Hermiston, Oregon, graduating from Hermiston High School in the class of 1959. He worked for Oregon Department of Transportation in Portland and then in Milton Freewater, Oregon. Richard married Carolyn Leonard and they had a daughter, Julie and later divorced. He joined the United States Navy and served as an aircraft mechanic during the Vietnam War. Richard married Lola Coke and they had a son, Joseph. After his honorable discharge he returned to Hermiston, Oregon and worked as a mechanic. Richard would tinker with and could fix anything. He enjoyed hunting, camping, air shows, watching golf, watching auto racing and most of all spending time with family and friends.

Richard was preceded in death by his wife: Lola Irene DuPuis, his parents, sister: Lucy Gilbert and a brother: David DuPuis.

A graveside service with military honors will be held on Friday, June 10, 2022 at 11:00 A.M. at the Hermiston Cemetery, Hermiston, Oregon.

Those who wish may make contributions in Richard’s memory to the Wounded Warrior Project.

Please share memories of Richard with his family at burnsmortuaryhermiston.com

To send flowers to the family or plant a tree in memory of Richard E DuPuis, please visit our floral store.

A Memorial Tree was planted for Richard