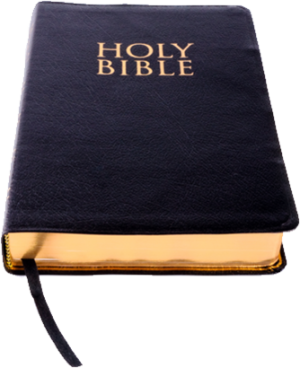 Rebecca “Becky” Correa began her new journey with Jesus on Thursday, September 23rd, 2021. She passed away at her home in the presence of her loving family in Hermiston, Oregon. on September 23rd, 2021.
Becky was born on September 3rd, 1959, in Port Huron Michigan to biological parents Juan and Guadalupe DeLeon. She was later blessed to be adopted by her loving adopted parents Francisco “Frank” and Maria Mares. As a young child, Becky grew up in Santa Rosa, California. At the age of 7, her family relocated to Vale, Oregon where she met the love of her life, and soulmate, Cruz Correa. Cruz was so in love with Becky and eventually gained the courage to ask her parents, Frank and Maria, for a courtship with their only daughter. Frank made it clear to Cruz that he would allow it, only if Cruz promised to cherish her forever. Cruz eagerly accepted and promised, and later asked for Becky’s hand in Marriage.  The two happily married November 20th of 1978. After marriage Becky and Cruz settled in Hermiston, Oregon where they had three children, Juanita Marie “Marie”, Angela “Angie” and a son named Richard. A few years later Frank and Maria relocated to Hermiston, so that Becky could be closer to her loving parents. The family enjoyed many summers running a small produce farm together, where Frank became famous for his sweet Hermiston watermelons and other produce. Becky worked at Interstate Bank before she began a career with the Hermiston School District, as a guidance counselor. Becky later decided that she wanted to spend more time with family and decided to become a full-time stay at home mother and teacher to her children. Becky was also an ordained minister and a loving and faithful woman of God. She always made herself available to pray and encourage others. Becky and her husband, Cruz, ministered daily to their friends and family...all while running their own transportation company.
Becky enjoyed spending time outdoors. She loved hiking, riding ATVs, and camping. She found beauty in God’s creation, and never passed up an opportunity to praise God for it. Becky took joy in her relationship with each of her children and grandchildren. She treasured them daily and she poured her love and attention into her family and seized every possible moment to show people that she was thinking of them
Becky was preceded in death by her parents, Frank and Maria Mares, her biological parents Juan and Guadalupe DeLeon, and biological brothers Jorge, Joe, and John DeLeon.
Becky is survived by her husband Cruz Correa, her 3 children: Marie Cimmiyotti, Angie McCabe and Richard Correa, grandson’s Brodey Hicks, Asher Cimmiyotti, Vann Como, Lane Sheppard, and Richard Jackson Correa. She is also survived by her biological brothers and sisters Joel DeLeon of Iowa, Irma DeLeon of Texas, Ramona Silversmet of Illinois, Viola Gonzales of Iowa, Patty Underwood of Illinois, Otilia DeLeon of California, Maria DeLeon of Illinois, and Yolanda of California.

A funeral service following state guidelines with limited seating will be held on Saturday, October 2, 2021, at 11:00 A.M. at the Hermiston Assembly of God Church in Hermiston, Oregon.

Burial will follow at the Hermiston Cemetery in Hermiston, Oregon.

The service will be live streamed https://youtu.be/_ZtL7xegvXM

Please share memories of Becky with her family at burnsmortuaryhermiston.com

To send flowers to the family or plant a tree in memory of Rebecca "Becky", please visit our floral store.