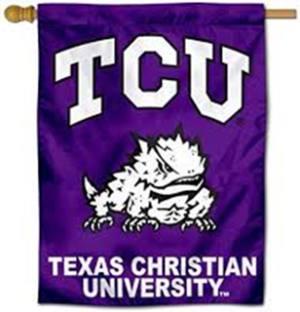 Pastor James Dean “Jim” Simpson was born on May 10, 1935 in Los Angeles, California to parents, John Porter Simpson and Wanda Wilsey Simpson.. He died on November 19, 2020 at his home in Hermiston, Oregon at the age of 85 years. Jim was 1 of 4 children to this union and a fifth, Debbie was born in later years to his mother’s second marriage. Early years were spent in the Siskiyou Mountains of Northern California where Jim’s father worked a gold claim near the Klamath River 20 miles downstream for Interstate 5.

When WWII began, the family moved to Richmond, California to work in the Kaiser Shipyards. Later the family moved to Alaska where his father worked on the Alcan Highway. After his death the family returned to California, living in Visalia near family. Jim attended school there until the 7th grade. In 1947, Jim’s mother married Ray Evans and then family moved to Banning, California for a year and then to Clinton, Missouri. Jim worked on a farm and a dairy before the family moved to Dallas, Texas in 1951. At the age of 16, Jim left home and found a job and lodging, continuing his high school education in Carrollton, Texas. He worked night shift at Lone Star Ceramics until Autumn of 1954 when he entered Texas Christian University to study Christian Ministry. Summers were spent working at the YMCA and two summers in Glacier National Park as part of the Ministry in the national parks. During this time Jim climbed most of the major peaks in the park. In 1960 he earned his BA at TCU and began his graduate work.

During graduate school at Brite Divinity School, Jim began a 6 year youth and associate ministry at Lufkin, Texas. In 1960, he married Dolores Simpson of Fort Worth, Texas. Four children were born of that marriage: Paul Golden, Jennifer Clotile, Ernest Lloyd and Elana Ann. The family served Texas ministries in Lufkin, Pine Tree, Marshall, McKinney and Brownwood until 1981 when they relocated to Farmington, New Mexico. Jim served as pastor at Bethany Christian Church and his radio “Sonspots” helped grow the church by over 50 members a year for 6 consecutive years. In 1988, Jim and Dolores moved to Kalispell, Montana to serve at Central Christian Church.

After a separation and divorce, Jim relocated to California in 1990, where he served as pastor of the First Christian Church of Vista, California. He married Henrietta Marie Shropshire of Lakeside, Montana. In 1997, Jim and Henreitta were called to serve the First Christian Church of Hermiston, Oregon where he ministered until retiring in 2002. Henrietta Passed away in 2015. He married Mary Sue Estrada and has spent these last years filled with such excitement and full of adventure. She has been his “best friend” and “her passion for life has kept me young beyond all reason. Her devotion and love have exceeded all bounds. She has been God’s greatest gift to me on this earth. She’s a hallelujah lady.”   Since retiring he filled in as a preacher at several area churches, First Christian Church in Milton Freewater, OR, First Christian Church, Pomeroy, WA and Faith Presbyterian Church, Hermiston, Oregon. Jim also served in the Chaplaincy program for the Hermiston Police and Fire Departments.

Jim began a lifelong hobby of landscape painting in the 1970's and won many honors in both private and juried shows in four states. More recently his love of folk music and the 5 string banjo has led him to concentrate on bluegrass. He led many tours over the years to Europe, the Mediterranean, the Middle East and Inland China. Among his most cherished achievements are more than a score of years serving as director and counselor at Summer Youth Conferences in Texas, New Mexico and Montana; a term as at-large member of the General Board of the Disciples of Christ Church; neighbor of the year in 2007 in Hermiston; president of the Lions Club in Brownwood, TX and was a 32 degree Mason, York Rite, Knight’s Templar and Shriner.

Jim was preceded in death by his parents, sisters: Debbie Keane and Elinor Ann Simpson and wife, Henrietta.

A celebration of life service will be held on Saturday, April 17, 2021 at 3:00 P.M. at the Hermiston First Christian Church, Hermiston, Oregon.

Please share memories of Jim with his family at burnsmortuaryhermiston.com

To send flowers to the family or plant a tree in memory of Pastor James "Jim" Dean Simpson, please visit our floral store.