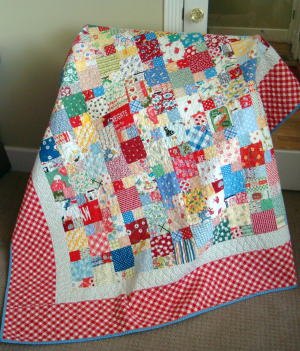 Mildred Lucile Miller Baker was born on September 20, 1930 in Ione, Oregon to Russell Kenneth and Hazel Akers Miller. She was the first of their 5 children. At the age of 5 they moved from Ione to Boardman where she met Harold Baker. When Harold was asked when he met Mildred, he would always say, he couldn’t remember, she was always just there. They dated through high school and were married after she graduated from Eastern State College, now known as Eastern Oregon University in La Grande, Oregon. Jokingly his story was that he wouldn’t marry her until she graduated so she could support him. They were married in Boardman on December 21, 1952.

She taught school in the Morrow County School district her entire career. She started out in Irrigon at A.C. Houghton but stopped teaching when she had her fourth child. She always planned to go back when all her kids were school age. When her youngest was 4, her principal called her and said that there were too many kids for a single kindergarten and would she consider coming back to teach a 2nd class of that age. Her response was that only if she could teach it from her home and her 4-year-old come attend. He agreed so the living room was turned into a classroom, and she went back to teaching. The next year her youngest was old enough to go to kindergarten so Mildred went back into the classroom at A.C. Houghton. She retired from A.C. Houghton but a few years later was asked to come back and teach at the new Sam Boardman Elementary School in Boardman so she did. She was very proud of the fact that she got both her education and career from the same school district.

Mildred was an accomplished seamstress, making most of her own clothes and those of her children.  Halloween costumes, wedding dresses, curtains, it really didn’t matter. She developed a passion (some could call it an obsession) with bears. She would make them, buy them, buy fabric with them on it, nothing was out of bounds.  In her later years, she found quilting and that opened a whole new world for her. She was one of the founding members of the Boardman Quilt Group, where they could discuss anything except their aches and pains. Whatever she was involved in, she went into completely. Making sure she had all the rights tools and supplies to create the finished product.

She loved her home and would spend many hours in the yard and garden. Over the years she and Harold built 3 different homes, all in Boardman.  At the time of Harold’s death, they had plans for number 4 already drawn up. She loved to cook and there were always leftovers in the fridge and room for another at the table.  She would can everything, nothing could go to waste. She would wake up many mornings to find a box of in-season produce at the back door that someone dropped off, knowing that she would put it up.

By the time that she retired, so had Harold and they spent many years traveling in their RV. Starting with a trailer, then a fifth wheel and then finally a motor home. They would travel with their RV Club, The Apple Blossoms, out of Walla Walla, Washington or by themselves. If Harold had something to read and Mildred had something to sew on, they would go anywhere.  With their RV, they attended many of the grandchildren’s sporting events when they were in college. She died on December 30, 2021 at her home in Hermiston, Oregon at the age of  91.

Mildred was preceded in death by Harold (2018), her husband of over 65 years, her parents, and one sister, Lola Jane Miller. She leaves behind her children, Ron (Glaya) Baker, Randy (Kathy) Baker, Karen Purcell, and Kris (R.B.) Dorran.  To carry on and continue the family she leaves behind her grandchildren, Brandi (Manolo) Zavala, Jared (Norma Ayala) Purcell, Kevin (Bridgette) Baker, Keith (Tess) Baker, Kenna (Trevor) Colby, and Charles (Mariah) Baker. At the time of her passing she had 16 great grandchildren: Breanna, Moises, Luciano, Yazeli, Jordan, Zander, Brexton, Emery, Luke, Dezi, Blakely, Brayden, Jake, Aleah, Israel, and Elliott, but there will be more to come.  She also leaves behind a brother, Jim (Margret) Miller, and 2 sisters, Grace Carpenter and Pat (Charles) Osgood.

A graveside service will be held on Wednesday, January 5, 2022 at 1:00 P.M. at the Riverview Cemetery, Boardman, Oregon.

A celebration of life gathering will be announced at a later date.

In lieu of flowers contributions may be made in Mildred's memory to Sam Boardman Elementary for use in the library.

Please share memories of Mildred with her family at burnsmortuaryhermiston.com

To send flowers to the family or plant a tree in memory of Mildred "Millie", please visit our floral store.