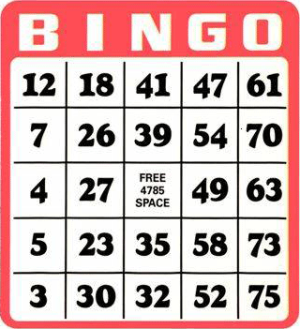 Martha Sylvia Conklin Montez was born on December 23rd, 1949 to Carlos and Carolina Conklin in San Felipe, B.C. Mexico. She passed away on May 16th, 2020 at the age of 70 at Good Shepherd Medical Center in Hermiston.
At this time there will be no services because of current State and Federal restrictions.
Martha moved to the US at the age of 25 where she resided in California with her 4 oldest children (Cesar, Minerva, Diana, & Carlos) for a short period of time. She later moved to Plymouth, WA before settling in Hermiston, OR in 1981 where she married Hector Montez Sr. They had 2 more children (Hector Jr. & Lawrence).
For many years she worked at UNI in Boardman, OR and Budrich in Hermiston, OR. Later in life she had her own cleaning business: M&M Janitorial Cleaning Services.
Martha was a member of the Hermiston Eagles. She was a kind spirit who loved others more than herself. She had a smile that lit up a room and an infectious laugh that was like no other! Her hugs made you feel safe and loved…instantly. Her hobbies included cooking, cleaning, taking care of others, traveling (especially back to Mexico to visit loved ones) and her biggest love, BINGO with her best friend’s (Oralia & Justina.) 12  She enjoyed being with her friends and family more than anything else in the world. She was a supporter, mother, sister, friend, comedian, cook, cleaner, and many other things…but she wore the title of “Grandma” best.
She is survived by her sons: Cesar (Claudia) Flores-San Felipe, B.C. Mexico,  Carlos (Rosa) Flores-Salem, OR, Hector Montez Jr.-Hermiston, OR, Lawrence Montez- Hermiston, OR; daughters: Minerva (Marcelino) Flores-Hermiston, OR, Diana (Saul) Castro- Stanfield, OR; brothers:   Carlos Conklin-San Felipe, B.C. Mexico, Enrique Conklin- San Felipe, B.C. Mexico, Irineo (Carla) Conklin- San Felipe, B.C. Mexico, Arturo Conklin- San Felipe, B.C. Mexico; sisters: Erika Conklin- Mexicali, B.C. Mexico, Ramona Conklin-Happy Valley, OR, Mayra (Hector) Medelez- Hermiston, OR, Liliana Conklin- Mexicali, B.C. Mexico; grandchildren-(22): Ashlee, CJ, Chancelor, Marla, Genesis, Brissa, Yanahi, Nohemy, Taylor, Emilio, Candice, Brandon, Isaiah, Steven, Diego, Efrain, Victoria, Ariam, Damian, Chloe, Emma, Kain; 3 great grandchildren: Kitana, TJ, Jayden; numerous nieces and nephews.
Martha was preceded in death by her husband: Hector Montez Sr., parents: Carlos & Carolina Conklin, brother: Ruben Conklin, and a sister: Maria Elena Conklin.
In lieu of flowers, please make contributions in Martha’s memory to Burns Mortuary in Hermiston to help with expenses.

Please share memories of Martha with her family at burnsmortuaryhermiston.com

To send flowers to the family or plant a tree in memory of Martha S Montez Conklin, please visit our floral store.

Services are to be announced
Share a memory
© 2020 Burns Mortuary of Hermiston. All Rights Reserved. Funeral Home website by CFS