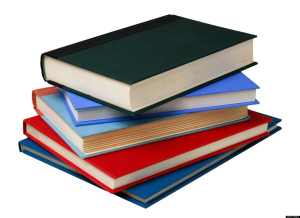 Lucille “Lucy” F. Lisle of Hermiston was born April 17, 1947 in Igloo, South Dakota the daughter of Wilfred and Matilda (Folster) LaPlant. She passed away in Hermiston on Friday June 10, 2022 at the age of 75.

Lucy grew up and attended schools in Igloo, South Dakota. After high school, she moved to Lincoln, Nebraska where she met Lee Lisle. She was united in marriage to Lee Lisle on May 10, 1969 in Lincoln, Nebraska. The couple welcomed their only child, daughter Tracie in 1971.

In 1973, the family moved to Hermiston, Oregon where Lee started his career at the Umatilla Army Depot. Lucy stayed at home and raised their daughter, Tracie until she finished high school. Lucy then began her career at H&R Block in Hermiston where she worked for the next twenty years.

Lucy was an avid reader, she enjoyed doing puzzles, drinking beer with her friends and was a part of the Cozy Tavern touring troop.

Lucy was preceded in death by her husband, Lee on March 9, 2021; her parents; brother, David LaPlant; and a sister, Verna Barton.

At her request, no services will be planned. Burns Mortuary of Hermiston is in care of arrangements.

Those who wish may make contributions in Lucy’s memory to Pet Rescue 1844 NW Geer Rd. Hermiston, OR 97838.

To send flowers to the family or plant a tree in memory of Lucille "Lucy" Lisle, please visit our floral store.

A Memorial Tree was planted for Lucille