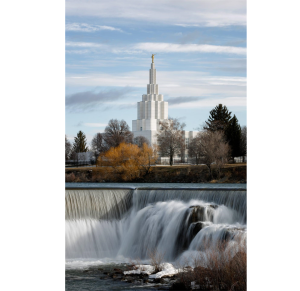 LaRue Hymas of Hermiston, was born April 27, 1940 in Rexburg, Idaho to Adrian and Arvella Skinner. She passed away at her home with her family by her side on Friday, May 21, 2021 at the age of 81. LaRue grew up in the southern Idaho towns of Sugar City and Moody Creek. The family moved from southern Idaho to Connell, Washington in 1955, where she attended and graduated from High School. She attended Beauty College in Spokane, Washington. After becoming a licensed beautician she worked in Idaho Falls, Idaho where she met her husband, Dee Hymas. They married in the Idaho Falls Temple in 1961 and started their family in Idaho Falls where she worked & changed professions, becoming the Arts & Crafts director for the City of Idaho Falls. They moved to Hermiston in 1968, where she was a stay at home mother, a custodian at the LDS church, had her own daycare and worked for the Tri-City Herald for 36 years.

She really enjoyed doing crafts, working with ceramics, sewing, and camping with her family. She was involved in numerous organizations in the Church of Jesus Christ of Latter-day Saints, her most favorite were working with the youth - teaching early morning Seminary and running Girls Camp for numerous years.

She was preceded in death by grand-daughters, Arisha and Brianne LaFrance; and her parents, Adrian and Arvella Skinner.

A funeral services following state guidelines will be held on Monday, May 24th at 11:00 A.M. at the Church of Jesus Christ of Latter-day Saints, 850 SW 11th St., Hermiston, Oregon. Burial will follow at the Hermiston Cemetery, Hermiston, Oregon.

Please share memories of LaRue with her family at burnsmortuaryhermiston.com

To send flowers to the family or plant a tree in memory of LaRue Hymas, please visit our floral store.