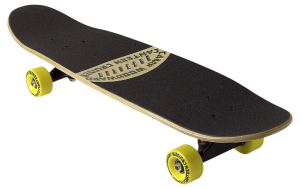 James Edward Hennings of Baker City, OR, 31, passed away Tuesday, May 19, 2020 in Baker City, OR. James was born on April 17, 1989 in Hermiston Oregon to Nanette Johnson and Jerry Hennings.

He spent his early years in Oklahoma and then moved to Union Oregon, where he graduated from Union High School in 2007. James grew up camping and fishing. He loved to swim the local rivers and hang out on the beaches. One could also find him at the local skate park. James was an avid gamer and volunteered at the Blue Mountain Humane Association in La Grande, Oregon.

He had a big heart and always lent a hand to those in need. James was greatly loved and will be truly missed by those chosen to cross his path.

He was preceded in death by his grandpa’s, Harlan Johnson, Jerry Hennings Sr.,
Roy Burkeen (Papo) and Jesse K Gregory.

A Celebration of Life will be held at a later date after Covid mandates have been lifted.

Memorial contributions can be made in his name to the American Diabetes Association or the Animal Rescue & Adoption Center of La Grande.

Burns Mortuary of Hermiston is handling a private family burial at the Hermiston Cemetery. Please share memories of James and sign the guest book at burnsmortuaryhermiston.com

To send flowers to the family or plant a tree in memory of James Edward Hennings, please visit our floral store.