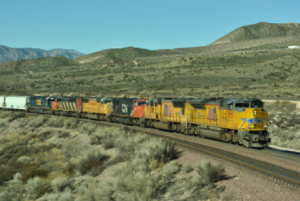 Greg A. Gabriel of Stanfield, Oregon, was born on August 12, 1955 in Pendleton, Oregon to parents, Robert and Alida Picanso Gabriel. He died on May 5, 2020 in Portland, Oregon at the age of 64 years as the result of an accident near Stanfield, Oregon. Greg was raised and attended schools in Stanfield, Oregon where he participated in football, basketball and baseball. He graduated in the class of 1974 and shortly thereafter went to work for the Union Pacific Railroad. Greg worked as an engineer for most of his career before retiring in 2019 with over 40 years of service. Greg was united in marriage to Darcy Rea on August 30, 1986 in Ione, Oregon. He was a member of the Echo Hills Golf Club. Greg was an avid golfer who enjoyed hunting, trips to Wallowa Lake, riding his bicycle and deeply cherished time with his family, especially his grandchildren.

Greg was preceded in death by his parents.

A celebration of life gathering will be held at a later date.

A private burial will be at the Pleasant View Cemetery, Stanfield, Oregon.

Those who wish may make contributions in Greg’s memory to the Eastin Strebin Memorial Fund at any US Bank location or Alzheimer’s Research c/o Burns Mortuary of Hermiston, P.O. Box 289, Hermiston, OR 97838.

Please share memories of Greg with his family at burnsmortuaryhermiston.com

To send flowers to the family or plant a tree in memory of Greg A Gabriel, please visit our floral store.

Services are to be announced
Private Family Burial