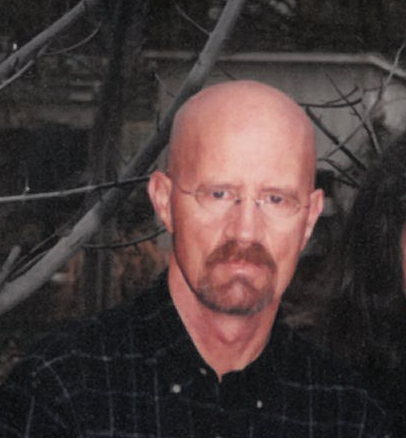 Frederick M. “Rick” Sellers of Hermiston, Oregon, passed away unexpectedly at the age of 68 on Wednesday, March 31, 2021.Rick was born on November 20, 1952, in Spokane, Washington to Frederick “Fred” and Betty Burd Sellers.  He attended Hermiston Schools and graduated from Hermiston High School in 1971. After high school, Rick attended Blue Mountain Community College for two years. A summer job with Union Pacific during that time evolved into a 42-year long career proudly working for Union Pacific. Rick was united in marriage to Diane Campbell on December 9, 1989 in Hermiston, Oregon. Upon retirement from Union Pacific, Rick took a security officer’s job with Amazon where he was currently working.
Rick loved sports and, in particular, he loved baseball.  He played in a men’s league in Hermiston for many years, and after that, delighted in watching his son, Travis, play, and most recently watching his grandson continue the baseball tradition.

Family, friends, and colleagues all agree that Rick was a wonderful person who was always there to help.  He will be greatly missed by all.

He is survived by his wife, Diane Sellers, his son Travis Sellers (Stephanie), his daughter, McKenzie Houk (Tom), his stepson, Brian Faro (Samantha), and his stepdaughters Monica Michel (Luis) and Morgan Shehata (Mike). He has twelve grandchildren and nine great-grandchildren.  He is also survived by his sister, Jacqui Sellers (Dan).

Rick was preceded in death by his parents.

If you wish to make a donation in Rick’s memory, donations would be gratefully accepted for the Tyler Campbell Memorial Scholarship Fund.  They may be sent to c/o Burns Mortuary, PO Box 289, Hermiston, Oregon 97838.

Due to COVID a private celebration of life service following state guidelines will be held.

Please share memories of Rick with his family at burnsmortuaryhermiston.com

Plant a tree in memory of Frederick "Rick" M Sellers

I really enjoyed working with Rick. He will be missed

Rick was one of the good guys that I really looked up to in high school. So sad to hear of his unexpected death.

I have so many good memories of working with Rick in security. We often would share brief laughs and insightful quick conversations that made the job we were doing better. He was a fabulous person. He is missed. Prayers for his entire family.

So sorry for your loss. Sending prayers to Jacqui and all the family.

Rick was always fun to work with and be around.  He liked to laugh and have fun but was very good at what he did,  I liked working with him, he will be missed.

Plant a tree in memory of Frederick "Rick" M Sellers