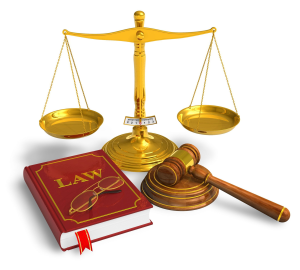 Writer, Wood smith, and Boardman proponent Floyd Edwin F.E. “Ed” Glenn passed away at home Sunday, April 24, 2022. Ed was born March 12, 1941, in Enterprise, Oregon to Harold Tolbert and Edna (Hammack) Glenn of Lostine, Oregon where he was the second born and first son of five children. He graduated Salutatorian from Lostine High School in 1959. Following his term as the 1959-1960 Oregon state FFA President he attended Eastern Oregon College where he met and ultimately married Frances Troyer of Umapine, Oregon July 1, 1967. Ed finished his education with a Doctor of Jurisprudence degree from the University of Oregon in 1971.
A Modern-Day Renaissance Man, Ed’s life in ‘the Dash’ included serving as a public defender in the appellate court and as a trial lawyer. He commercially produced wine under the label La Casa de Vin. As part of the merchandising for La Casa de Vin, Ed opened the Pine Box Company allowing him to spend time woodworking, a hobby he would later revive crafting duck calls that would eventually lead to co-writing and publishing a book, Turning Custom Duck and Game Calls and winning first place in the National Duck Call Makers Decorative Duck Call division.
The Columbia Valley Chronicle was a weekly publication Ed created and edited in the late eighties and early nineties.
Inspired by his wife’s calling, Glenn taught a fly-fishing fly-tying night class through Blue Mountain Community College at the Boardman extension. He loved sharing his beloved hobby with others!
Community-minded, Ed served as both Boardman city councilor and mayor, he put his experience on the Morrow County Health District board to use as a charter member of the Columbia River Health District. Dedication to his community was undoubtedly instrumental in being named Citizen of the Year and later one of Boardman’s Pioneers of the Year.
Glenn’s Wallowa County Roots were as much a part of him as any appendage which led to his helping in the creation and organization of the Friends of the Joseph Branch Railroad.
Ed was preceded in death by his parents Harold and Edna Glenn and nieces Kristin Marie Jacobson and Amber Rollins. He is survived by his dedicated wife Frances, son and grandchildren Harold, Jason and Piper Glenn of Renton Washington, and daughter Laurel (Glenn) and her mate Forrest Dyer, and grand-daughter Kaitlynn Evans all of Heppner, Oregon. Additionally, he is survived by his siblings: Rita Hoffman, Kenneth Glenn, Ellen Glenn, Jerry Glenn, siblings-in-law, nieces, nephews, and cousins.

Announcements for a public Celebration of Life will come at a later date.

Please share memories of Ed with his family at burnsmortuaryhermiston.com

To send flowers to the family or plant a tree in memory of F. E. "Ed" Glenn, please visit our floral store.