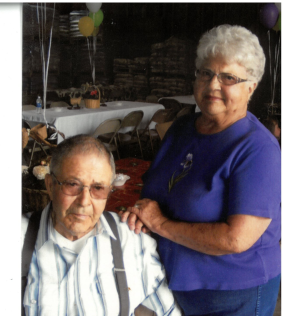 Elsie V. (Boyer) Faro was born on September 6, 1930 in Wendling, Oregon to parents, Eaber and Marguerite Boyer. She died on April 17, 2022 at her home in Nolin, Oregon, outside of Echo at the age of 91 years. Elsie spent a lot of her youth in the Baker Valley before moving to Echo, Oregon where she met and married Charles Faro on September 13, 1947 at St. Peters Catholic Church in Echo, Oregon. She enjoyed fishing, camping, gardening and spending time with her family. Elsie was well known in the area for her canning skills, especially her dill pickles and jams.

Burial will follow at the Echo Cemetery, Echo, Oregon.

Those who wish may make contributions in Elsie’s memory to the Catholic Daughters of America c/o Burns Mortuary of Hermiston at P.O. Box 289, Hermiston, OR 97838.

Please share memories of Elsie with her family at burnsmortuaryhermiston.com

To send flowers to the family or plant a tree in memory of Elsie, please visit our floral store.