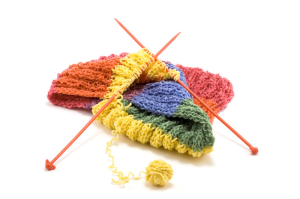 Elizabeth Selma Shaw of Hermiston was born October 20, 1926 in Joe’s, Colorado the daughter of Alexander and Bertha (Bennett) Jones. She passed away in Hermiston on Monday September 27, 2021 at the age of 94.

In 1941, Elizabeth moved to Hermiston, Oregon where she attended school and graduated from Hermiston High School in the class of 1944. After high school, she worked at the Umatilla Army Depot for short time. She married Carl Calvin Shaw on July 14, 1946 in Hermiston. The couple made Hermiston their home where they would raise their family. Elizabeth worked as a homemaker and mother and she helped with 4H when her daughters were in school. She later enjoyed volunteering at the Hermiston Senior Center and the Agape House. She enjoyed knitting, crocheting, sewing and doing crossword puzzles.

She was preceded in death by her husband, Carl in 2013; her parents; daughter, Betty Johnson; and five of her siblings.

She is survived by a daughter, Dorothy Jones-Stone of Vancouver, WA; granddaughter, Elaine Berry of Vancouver, WA; sisters, Doris Reid and Edna Collyer both of Hermiston; brothers, Harry Jones and Galen Jones both of Longview, WA and Franklin Jones of Woodland, WA; and many nieces and nephews and extended family members.

A Graveside service will be held at 1:00 P.M. on Wednesday October 6, 2021 at the Hermiston Cemetery. Burns Mortuary of Hermiston is in care of arrangements.

To send flowers to the family or plant a tree in memory of Elizabeth, please visit our floral store.