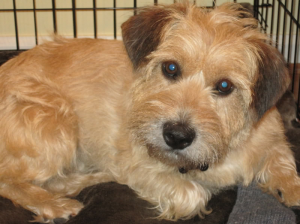 Dianne opened a pet shop and began a 35 year dog grooming career in 1958. She loved all animals, especially dogs which she showed competitively in the 1950's. Dianne was forced to move after the 1994 California earthquake. She spent time living with John and Nancy in Newbury Park where she volunteered at one of her favorite places, The Stagecoach Inn Museum Complex as a docent. Dianne moved to Oregon in 1998. She lived on her own on Sunland Ave. until 2014 when she broke her hip and had to move into assisted living. Dianne always had a dog or cat or both!
She had a great talent for gardening. Wherever she lived she transformed the yard to a thing of beauty!

Dianne was preceded in death by her husband and her parents.
A private family burial will be held in California at a later date.

Please share memories of Dianne with her family at burnsmortuaryhermiston.com

To send flowers to the family or plant a tree in memory of Dianne V (Sunderland) Bates, please visit our floral store.