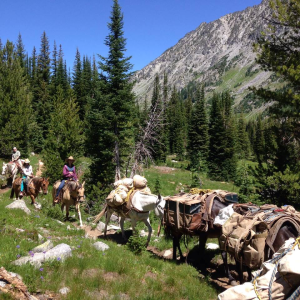 Dar grew up in California where he attended school. After high school, he attended one year of college studying welding before joining the US Marine Corps. He served several years in the Marine Corps where he worked as an infantry rifleman and in security. After his honorable discharge, he returned to California where he worked for Shelby American (Carroll Shelby). He was proud to be a part of the team that made many advances to American racing and that won many races over the next several years.

Dar moved to Eastern Oregon in the late 1960's and has resided in the Hermiston, Umatilla and Irrigon communities since that time. He worked for Boeing Aircraft as a Jet Engine Mechanic for several years. He then began his work in security at the Umatilla Army Depot where he worked from 1981 until retiring in 2007.

Dar enjoyed horses and going on trail rides, raising snakes and caring for reptiles, listening to short wave radio, going to the mountains and astronomy. His younger siblings looked up to their brother and remember that he was always there for them.

A Private family gathering will be held. Burns Mortuary of Hermiston is in care of arrangements.

To send flowers to the family or plant a tree in memory of Darvell "Dar" King, please visit our floral store.