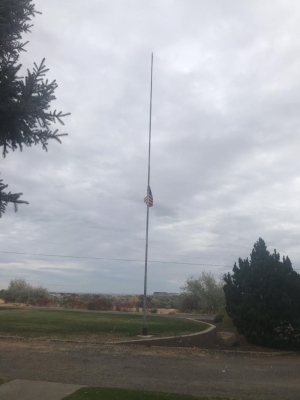 Willard K. “Bill” Smith of Hermiston, Oregon, was born on May 16, 1928 in Goshen, Oregon to parents Hugh and Susie Baker Smith. He died on October 1, 2018 in Hermiston, Oregon at the age of 90 years. Bill was raised first in Paisley, Oregon and later in Vaughn, Oregon. He graduated from Crow High School in Crow, Oregon. He joined the United States Navy and served in WWII and later in Korea before his honorable discharge. Bill was united in marriage to Eleanor “Elly” Kloehn on May 27, 1949 in Eugene, Oregon. They moved to Lexington, Oregon in 1972 where Bill owned and operated Lexington Machine Works until moving to Hermiston, Oregon in 1985 where they have lived since. He was a member of the Lutheran church, Life member of the NRA, the Masonic Lodge and Hermiston VFW Post # 4750. Bill enjoyed hunting, fishing, metal work and most of all spending time with his family.

Bill was preceded in death by his parents and 5 siblings.

To send flowers to the family or plant a tree in memory of Willard "Bill" Smith, please visit our floral store.