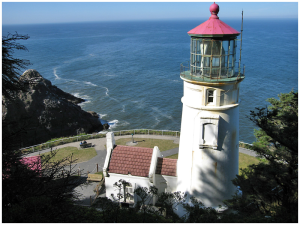 Roxann “Roxie” Jackson died August 21, 2018 at home with family and friends caring for her after a two year battle with metastatic pancreatic cancer at the age of 63 years.

Roxie was born on November 17, 1954 at Good Shepherd Hospital in Hermiston to parents, Leo and Helen Koffler.

She attended school in Echo for 12 years, graduating in the class of 1973. During her school years she organized and taught Roxie’s Rockettes, a grade school drill team.

She was proud of her Echo roots and recently organized, with others, Team Echo, an alumni coffee group to re-connect Echo alumni.

She married Duane Jackson in February of 1989 in Hermiston. Duane and Roxie raised Roxie’s two daughters, Emili and Becki, as well as Duane’s three children, Tanya, Dustin and Hallie. They were blessed with a daughter, Rachael, in their first year of marriage.

Roxie was proud of completing an AA degree in Business Administration with an emphasis in health care while raising a family. Her working career was one spent caring for those with mental illness and disabilities. She retired from Columbia River Ranch several years ago.

Roxie is survived by her husband, Duane, in Stanfield, daughter Becki in Kennewick, daughter Emili (Brian) in Oak Harbor, daughter Rachael (Kris) in Stanfield, son Dustin in Lebanon, daughter Tayna (Amelia) in Spokane and daughter Hallie (Josh) in Boardman as well as 17 grandchildren and one great grandchild. She is also survived by siblings Mike (Fely) in San Diego, Mona in Hermiston and George (Debbie) in Hermiston.

She was preceded in death by her parents and her sister, Cindy.

In lieu of flowers the family suggests donations to Vange John memorial Hospice.

To send flowers to the family or plant a tree in memory of Roxann "Roxie" (Koffler) Jackson, please visit our floral store.

You can still show your support by sending flowers directly to the family, or by planting a memorial tree in the memory of Roxann "Roxie" (Koffler) Jackson
Share a memory
© 2020 Burns Mortuary of Hermiston. All Rights Reserved. Funeral Home website by CFS & TA